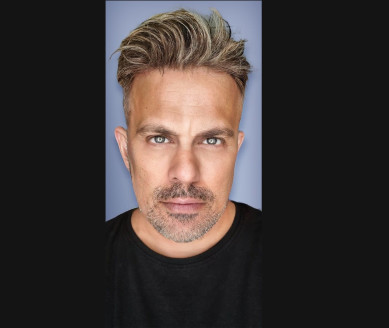 A multinational hailing from Canada, Greece and the U.S., Markos Morin, is a winner of two World Songwriting Awards (WSA) in the categories of Best Pop Song and Best Music Production. He was also a semi-finalist, twice, at the International Songwriting Competition (ISC) in the AAA and Pop/Top40 categories.

Markos, has been nominated as Best Newcomer at the Annual Greek Music Awards and also took the 3rd place slot at the Megahit - International Mediterranean Song Contest for his song, "Min Figis Pote", featuring Sofia Arvaniti, who had also recorded "The Desert Is In Your Heart" with Bonnie Tyler.

Markos, who has co-written songs with Johnny Pedersen (Aqua "Barbie Girl") and Antonis Pappas (Elena Paparizou) among others, is a prolific and avid songwriter who produces and records his own material, having written songs since the age of 14 and collaborating with many industry professionals and various projects for Universal Music Group, BMG, Alpha Records, Nitro Music, etc. His musical style can mostly be categorized as Adult Contemporary/Indie Pop.

Markos has had a successful career, working with some of the leading names in the recording industry, performing, writing and producing. Upon the release of Markos' Greek debut album, which reached #1 on the charts, he went on to release his second album, which achieved two top 20 charting singles.

With a passion for songwriting running through his veins from an early age, Markos Morin's ardent lyrics, "ear-catching" melodies and polished production skills, expose a true artist whose powerful songs elicit a heartfelt response.